You are here: Home / Democracy / TPP opposition widespread across all of NZ society 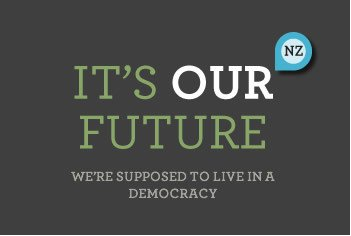 The Trans Pacific Partnership Agreement (TPPA) if it is finalised will be signed and ratified by the Cabinet. Professor Jane Kelsey has shown that the Parliamentary Select Committee process is cosmetic. Much like the South Korea FTA, recently under discussion by the Foreign Affairs and Trade Select Committee, there will be no vote in parliament to endorse what will be the biggest challenge to national sovereignty NZ has faced.

With the fate of the TPPA now in the uncertain hands of US lawmakers it’s worth reviewing the community concerns about the TPPA’s impacts.

The anti-TPP advocacy group “It’s Our Future” has worked tirelessly and effectively. Supporters have raised concerns with MPs, held local information meetings and protest meetings over several years but their biggest achievement is with Councils. The majority of New Zealand’s population are living in councils that have passed motions to urge the Government to ensure the proposed Trans-Pacific Partnership and Free Trade Agreement (TPPA) protects New Zealand’s interests and does not jeopardise the country’s sovereign rights citing

“ the size and scope of the agreement, the privacy with which it has been conducted, the possible inclusion of dispute settlement clauses that could put our sovereign status at risk, and the potential implications for items such as medicines, the internet and the Resource Management Act.”

New Zealand’s biggest export sector, the dairy industry has been voicing concerns saying that they would not support a TPP “without good outcomes for dairy” which are in doubt at the moment.

“It’s Our Future” has also held three days of action most recently on Saurday in the year which have involved demonstrations in 23 of NZ towns and cities and involved tens of thousands of people. This breadth of concern is almost unprecedented. The Select Committee process for the South Korea FTA has seen upwards of 4500 individuals and here write in opposition to –a single country agreement similar in kind to the TPPA and more than 6000 people have signed a joint letter to the Prime Minister with concerns about the proposed TPPA agreement.

The level of concern has also cut across business and professional groups. 10 health organisations and a number of prominent specialists have voiced concerns about the impact of the TPPA on Māori health.
In a presentation to the the Foreign Affairs, Defence and Trade Select Committee earlier this year NZ Public Health Association CEO Warren Lindberg mentioned other concerns of health professionals including

425 independent medical professionals writing to the Prime Minister; 60 public health academics and practitioners writing to the Minister of Health; 270 senior doctors, professors, and other
health professionals writing to the Prime Minister; the New Zealand Medical Association(approximately ,5000 members), supporting the call for an independent assessment of the TPPA’s impact on our health system; and the Association of Salaried Medical Specialists having voted overwhelmingly in favour of independent health assessment of the TPPA  prior to it being
signed.

In May 2012 over 100 jurists, including retired judges, attorney generals, and professors signed a letter opposing investor-enforcement in the TPPA.

In the IT industry Internet NZ has raised concerns about the copyright and intellectual property issues in the TPPA. The Institute of IT professionals has made clear its concerns about lack of transparency in the cancellation of a review of the Copyright Act pending the TPPA result. NZ IT managers group NZ Rise characterises the TPPA as a trade agreement for the past and not the future and is concerned that it’s provisions will bring in anti-competitive behaviour.
The Council of Trade Unions representing 35 affiliated unions and more than 300,000 NZ workers opposes the TPP. Many unions have also opted for positions which advocate against a TPPA that is not open and which includes Investor State Disputes provisions. Moreover almost all of these initiatives have been achieved not by diktat or the use of the untrammelled power of office but rather through democratic discussion and debate within each organisation.

The Maori Party opposes the TPPA outright saying it is moving NZ in the wrong direction and Labour, the Green Party and NZFirst have all raised significant concerns including about the Investor State Dispute (ISDS) provisions and even the National Business Forum’s Stephen Jacobi argues for more openness in the negotiations.

The evidence of companies with NZ operations taking investor state dispute cases in other countries where they are active is now undisputed. So here are large segments of NZ across the spectrum of local government, business, trade unions, professions, health and legal organisations who are identifying well founded concerns about the TPPA. The government’s implacable resistance to these concerns should worry us. The government are apparently unable to listen to large segments of NZ society, preferring to cement in place an agreement that replaces our national legal system with decision making by international corporate lawyers.