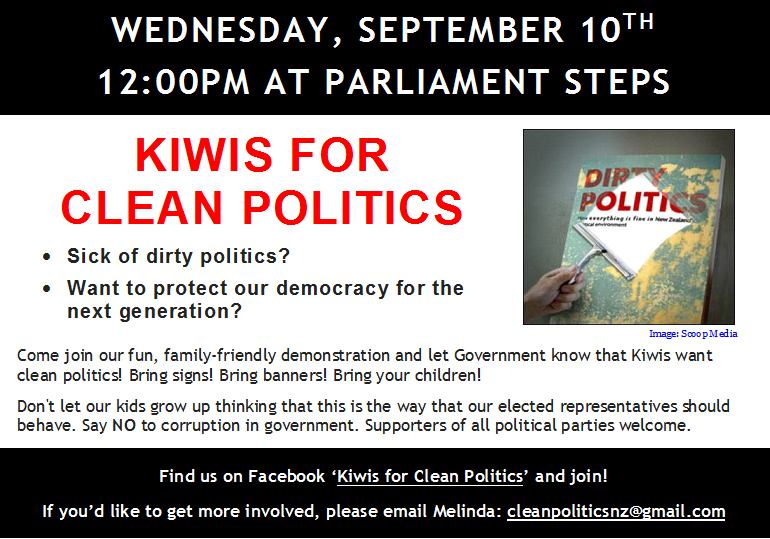 A ‘washing-line’ of placards with three key ideas for cleaning up politics in the wake of the Dirty Politics saga will be displayed by attenders of a Kiwis for Clean Politics gathering on Wednesday at 12pm. Melinda Gamlen, organiser of the event was so shocked and dismayed at the corrupt activities going on in the highest levels of Government that she decided she had to do something. Wednesday’s clean politics rally is the result. Melinda said “I’m a full-time mum with no political party affiliation or background in activism. I just really felt I needed to do something.”

There must be a Royal Commission of Inquiry into the Prime Minister’s office so that we can clean things up first and foremost.
The rally has three objectives: One: Much more robust state funding of the media; Two: Strengthening of freedom of information laws and; Three: Encouraging a political culture of ideas and debate in which citizens participate.”