Managing services and infrastructure for the public good. 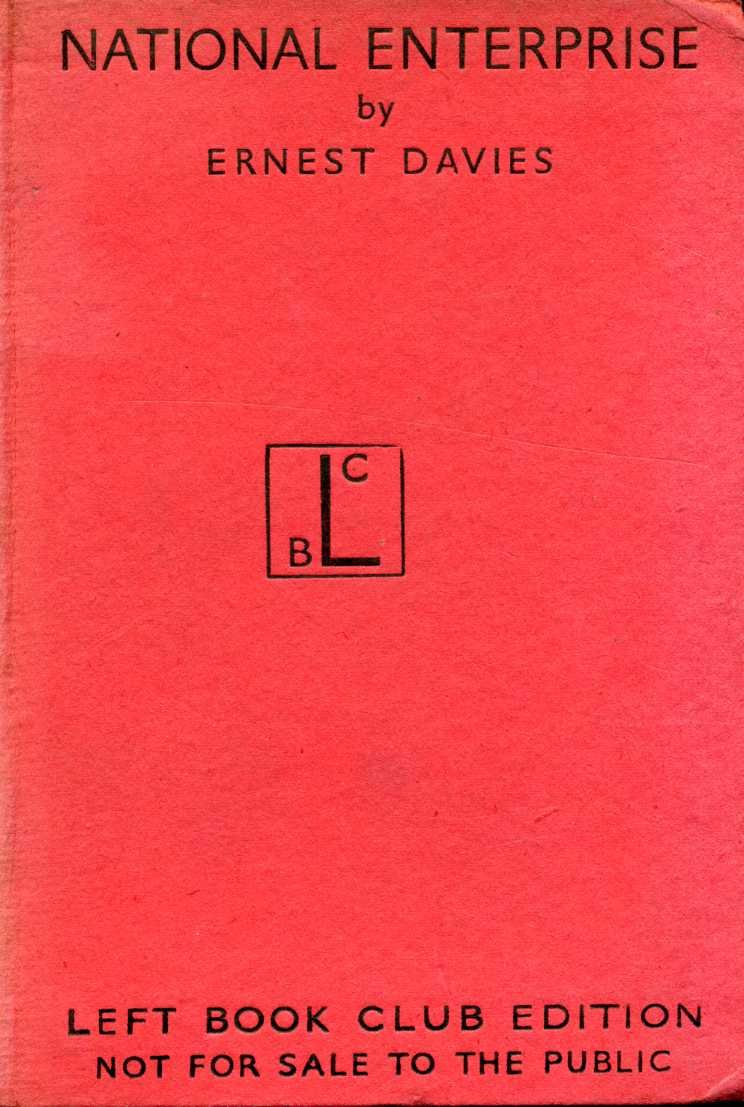 The recent scandal with FaceBook and Cambridge Analytica has shown what happens when the controllers of capital are able to decide how things should run to benefit them. Economic dominance and first mover advantage coupled with a lack of regulation has captured the public’s data and used it against us to influence elections. The ability to do this has been an explicit political choice by government(s) not to regulate to rein in the excessive information gathering powers of the new breed of multi-national tech companies. It doesn’t have to be that way as an article by pro-public ownership organization We Own It has demonstrated. The revelations of multi-billion dollar under-funding follows Chomsky’s dictum that defunding and making sure public services don’t work well so that people lose faith in them is effectively to prepare them for privatization and of course services and assets are also outsourced by stealth. Austerity and privatisation are also political choices and there are alternative approaches. This article is about the brief time between the 1920s and 1980s when bringing infrastructure, assets and companies into public ownership, funding them, empowering the employees who worked in them, providing effective legislation were the primary purpose of government.

National Enterprise was a book put out by the Left Book Club (LBC), a publishing phenomenon that became influential at a time of mass unemployment and inequality following on from the 1929 General strike, stock market crash and the subsequent years of international depression.

Formed in 1936, the year of the Jarrow Crusade (the Hunger March from the North East of the England to Parliament) the Left Book Club (LBC) was the initiative of publisher Victor Gollancz together with Labour MPs Sir Stafford Cripps and John Strachey. Within months of the launch there were tens of thousands of book club members and groups met regularly in hundreds of English towns.  The books reached New Zealand and the LBC’s influence on political life here included the involvement notable New Zealanders such as Prof J.C. Beaglehole, Dr William Sutch and Elsie Locke and local book groups across New Zealand including in Wellington one of several hundreds of members.

Contemporary events were subjected to intense analysis by the LBC’s monthly publications and just as importantly the books amplified the thinking done by others. R.H Tawney’s The Acquisitive Society published in 1928 had set the scene by making the case that business managers owed responsibilities to wider society and not just to the (often accidentally enriched) business owners.

The culmination of this intense period of political change in the UK was that in the immediate post-war period the incoming British Labour government had a broad mandate to transfer major infrastructure services as well as heavy industries to public ownership and management. This was in addition to the creation of the National Health Service, a comprehensive National Insurance system and a renewal of the terms of public education.  There was widespread acceptance that the approach was the best means to overcome the failures of the private sector, which, despite the wartime investment in productive industries, was clear for all to see. The coal industry, for example, had suffered from a lack of infrastructure investment, was very dangerous and had been partially nationalized even prior to the post-war legislation.

The Fabian Society’s education and pamphleteering efforts and the Labour Party and the UK Trade Union Congress’ policy work developed the operating models for public corporations during the 1930s and into the war years.  The development and passage through parliament of the legislation bringing industries into public ownership was the culmination of this effort.

Ernest Davies, a writer and journalist, saw this happening in the engine room of government.  Davies had joined the Labour government as a new back bench MP in Attlee’s government for the outer London seat of Epping East. His first LBC book though, had been published in 1939 was titled National Capitalism. It recorded

“the story of the National government’s surrender to private enterprise and of its legislative programme enacted for the protection of sectional interests”.

The later book written and published in 1946 covers the diametrical opposite. Davies discussed what could be learned from the good and bad models of government ownership, the legislation that brought new public corporations into being and the inevitable compromises.  He wrote that the incoming government saw

“public ownership of the coal, transport, iron and steel, gas and electricity industries and their planning and development in accordance with the national plan”  as being  essential to “ensuring the provision of the raw materials for manufacturing industries the fuel and power supplies which drive them and the transport which serves them”.

He outlined what were regarded as the necessary conditions for success of these newly nationalised industries and identified developing trustworthiness, transparency and good governance and ensuring service recipients and workers were represented and involved as well as getting the right people on the board.

The book starts off by discussing the existing models of public ownership. The London Underground, whose move into public ownership in 1933, left the service so hobbled by debt that it was unable to develop effectively showed a significant problem to be avoided.  In contrast Davies cites Lord Reith’s influence on the creation of the BBC charter in 1927 as pre-eminently successful with its far-sighted public broadcasting philosophy marrying education, information and entertainment.  He also described in approving terms of the public ownership and creation of the National Grid by the Central Electric Board in 1926 and noted that there was a separation between generating and lines companies. Also relevant were the successful initiatives of the cooperative movement and examples of the provision of local services run by municipal bodies as well as the models of public ownership from the legislation put in place by the Liberal governments of the Victorian era such as those creating municipally owned water supply systems and the Post Office.

Also informing his thinking, and described in the book, was overseas experience such as the state run industries of the Soviet Union and activist examples such as the Czechoslovakian workers committees which developed in the immediate aftermath of the post-war liberation to manage production in support of the public. Thinking on public ownership was also informed by UK war-time examples. The joint production committees that were in place in industries during the war had had worker representation (which incidentally succeeded in changing the employee/employer relationship to one more favourable to employees).

As well as principles there are stories from the battlefield of legislation and the hammering out of the governance and operating models through which nationalized companies would deliver their goods. He recognized they would need not only to provide the basis for economic growth and employment opportunities but would also need to achieve popularity with the public through transparent operation. A sense of grassroots involvement was important as well as marrying efficiency with public accountability.  He wrote about the proud sense of ownership that was engendered by the Co-operative Movement and of similar positive feelings that many had towards municipal enterprises and the importance of replicating the same sense of positive engagement with the newly nationalised industries.

All was not plain sailing though. He wrote, poignantly of the attempt to get a model of public and employee participation enshrined in law for the creation of an Air Transport Advisory Council to oversee the newly nationalised British Overseas Airways Corporation) which he felt would be a model for other industries.  The proposal in the bill was overturned by the Lords and an important opportunity to provide a sense of ownership of public services both by the employees and the service users was lost.

He described the valuation of private companies to be brought within the public sector and the levels of compensation for owners. He recommended and described arbitration rather than negotiation as the means of determining the best and fairest agreement on price.

He identified the importance of reporting between industry and government minister being on principles but not on operational detail. He discussed and rejected representative appointments on boards in favour of disinterested experts fully focused on the provision of a public service. He identified the need for philosophical support for public ownership in board members as well as their sector expertise.  Some nationalization efforts were marred in their early stages by the appointment to their boards of capitalists who, although compensated for the sale of their businesses, and appointed for their industry knowledge, were nevertheless unable to prevent themselves from subverting the proper operation of socialized services.

How refreshing to have this material covered without recourse to the tired managerialism of our time. Stakeholder, sustainability and subsidiarity do not rate a mention although the concepts are there.  It is refreshingly devoid of references to outputs and outcomes. The public service prescription didn’t need to pansy about talking of intervening in cases of market failure. The understanding that the free market had been found fundamentally wanting for all but the very rich was well understood.

Parallels between the 1930s and current times abound – populist leaders, austerity, poverty and inequality and a frequent preference for legislation to support the interests of capital often at the expense of the public interest. Given the mixed and uncertain benefits of both the privatizations and the outsourcing of services of the last decades maybe the kind of thinking espoused by the Attlee government would be a useful addition to the development of policy to prevent the contemporary failures to protect the public in the area of privacy and the secret mass collection of our data by corporations. Are there other things aligning the post-war rebuild with current times that indicate that a similar pro-people legislative and ownership framework is overdue?

Davies’ book is an easy read, accessible and non-technical and would be a great primer on the role and operation of public corporations.  The book is out of print unfortunately but there are plenty of second-hand copies around.