You are here: Home / Democracy / The New Zealanders involved in Brexit 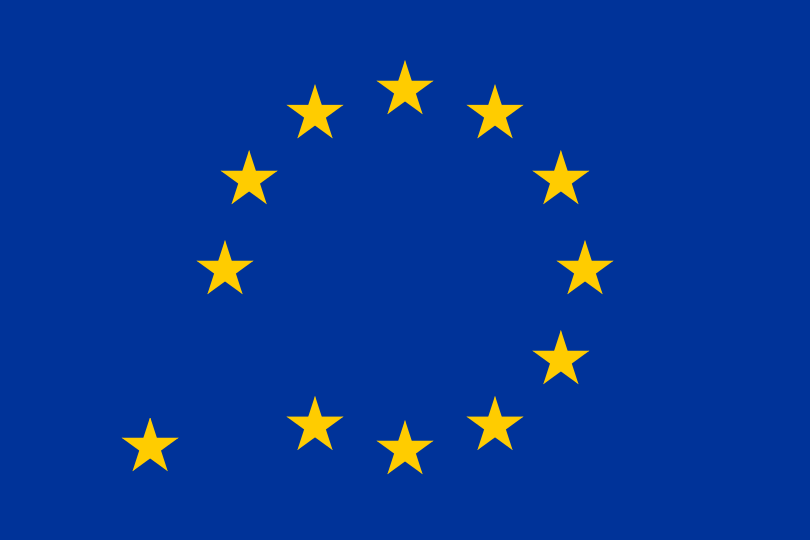 Usually New Zealand is proud to own its overseas sons & daughters – sports people, business leaders, arts and culture sector successes and even one-time politicians – with endless media coverage, and the news arising from the visit last week of the UK’s Trade Secretary Liam Fox to New Zealand for trade talks for a post-Brexit could have been a case in point.  It would have been an ideal opportunity for putting the focus on New Zealanders who have been “punching above their weight” in the chaotic Brexit negotiations. There are a number who have strong connections to New Zealand and each has been involved with making significant running on either side of the contested and divisive decision to leave the European Union.  The news in NZ about these people though has been muted to say the least.

The case for remaining.

There are 3 Brexit enablers who I will write about later but first to the one advocate for remaining. Jolyon Maugham is New Zealand-raised, London-based tax barrister and QC.  He is keen that Britain remains in the European Union or at the very least he is making the case that leaving the EU without a solid deal is foolhardy in the extreme. As well as his Brexit work he has worked extensively on tax issues.  He is founder of The Good Law Project , has a popular blog and has carried out several crowd-funded cases in the public interest. One proposed action is against Uber’s value added tax (VAT – their equivalent of NZ’s GST) avoidance which he estimates runs to the tune of £1bn. He is also raising money for a challenge to the Electoral Commission’s investigation into Vote Leave’s spending returns.  The Commission has stopped investigating despite there being evidence of secret funding contrary to the rules.

Earlier this year he tried to have the decision for Britain to leave the EU litigated by the Irish courts. He wanted among other things to know whether the UK could choose to withdraw the Section 50 notification triggering the exit negotiations if the Parliament or a Referendum on the final deal decided against leaving. Ultimately things moved on too fast and the case was not heard. He is also about to file a case to force the UK government to reveal its currently secret analysis of the impact of Brexit on the UK. This is creating a rare parliamentary contempt issue as the government is being evasive about the content and extent of the documents. He is a commentator on the live issue of the Legatum Institute, the pro-free-market and free trade charity that is making the running on influencing the Conservative government’s approach to leaving the EU.  He has called on the Charity Commission to instigate a full review of Legatum’s charitable status.

Maugham is incredibly effective as an advocate, is a very public figure who has faced down threats and opprobrium for the stances he has taken. You’d want him on your side in a fix and I’d definitely want to put my Saturday morning aside if and when he is a guest on Kim Hill.

The case for leaving

On the other side of the Brexit debate is the (until recently) extremely reclusive billionaire Christopher Chandler.  Brian Gaynor wrote one of the few summaries of the Chandler family  in NZ and rated their governance skills and business ethics. Christopher and brother Richard are often described in the National Business Review as rich-list New Zealanders but they appear to have little in the way of connection with the country these days. The brothers became big investors in distressed assets worldwide starting with a brave and potentially fool-hardy move into Hong Kong as the preparations for the change to Chinese rule were happening. Their company later invested in the Russian energy giant Gazprom in the aftermath of the fall of the Soviet Union.

Chandler’s Legatum Group, a private investment partnership, funds the Legatum Foundation which is the philanthropic and development arm of the group and in turn funds The Legatum Institute, a free market, pro-free trade thinktank that has been best known in New Zealand as the creator of the Legatum Prosperity index. Its early public post-Brexit analysis was relatively neutral and its public profile relatively low but that has changed dramatically; Private Eye and then the Guardian have written of its increasing influence over Brexit negotiations. In the last few days there has been extensive coverage of the Institute’s advice to government on exiting the European Union and of the close relationship to members of the UK Cabinet on Sky News, The Daily Mail and The Times. The Daily Mail is alleging a Putin/Russia connection (as is the Zeitgeist) and quotes a government source as saying that Legatum has had the effect of a soft coup, as senior public servants have been excluded from decision making (which seems more plausible).

The relationships appear to be extensive. A recent OIA revealed 7 meetings between Ministers and a principal at the institute. David Davis, the Secretary of State for exiting the European Union has attended Legatum Events and Steve Baker, a Eurosceptic MP who was appointed a junior Brexit minister has worked closely with Legatum and has extensively endorsed its free-market views and even founded a second free-market think-tank with a Legatum trustee.

Legatum’s work on Brexit is contained in two of the institute’s papers. Left of centre website The Canary reports that:

Retrospectively it has become clear that The Road to Brexit’s proposed ‘great repeal bill’ and an early triggering of article 50 were the exact approaches adopted this year by the UK Prime Minister Theresa May. The belated realisation of the Legatum’s impact has led to an understanding that both the Institute, its parliamentary friends and ex-staff who have moved sideways into senior government roles are highly influential to the UK’s Brexit strategy.

The new paper, The Brexit Inflection Point: The Pathway to Prosperity, says that, free of the EU’s constraints, Britain’s opportunities for growth won’t be held back. In contrast, the report says, remaining within some elements of European policy infrastructure is “placing [the UK] in a permanent rule-taking position, only halfway out of the EU”. The report proposes that the UK leave not only the EU but the Customs Union, the Single Market, the European Economic Area (EEA) and the European Free Trade Association (EFTA).  This would leave it free to seek trade agreements including seeking to join the TPPA and NAFTA.

This is the full free trade package, leaving the UK at the mercy of its ability to negotiate new trade deals with the US, the old Commonwealth (including NZ) and the world beyond the European Union. The approach is regarded, even by long-standing proponents of Brexit, as extreme. Journalist and Brexit advocate Richard North, (whose own advice on Brexit – termed Flexcit – is a more incremental approach) regards the Legatum proposal with horror. He has laid out how a rushed and complete exit would place the UK aerospace industry in jeopardy as the UK loses access to the standards of the European Aviation Safety Agency (EASA) and has to rebuild its own version from scratch. North suggests that the same situation would apply for many regulated technical areas such as pharmaceuticals, food safety and phyto-sanitary measures. Even without the challenges to the UK of building up its tariff-free trading based from scratch these issues are significant. The Legatum approach is being regarded with dismay by many in the UK as well as in the OECD. Even the head of the World Trade Organisation (WTO) Roberto Azavedo has said that the UK would be better off with a post-Brexit agreement with the EU than relying on his organisation, saying that a hard Brexit would be “a very bumpy road, and maybe long as well”. Various commentators have alleged that the period of volatility and uncertainty could place the UK at risk of “disaster capitalism”.

That was the context to Liam Fox’s trade visit to New Zealand last week. Question: Which small country has extensive interest and enthusiasm for free trade deals of the kind envisaged by Legatum? Why, NZ of course and here are the further NZ Legatum connections. New Zealander Crawford Falconer, was NZ’s ambassador to the WTO prior to holding the role of Deputy Secretary at NZ’s Ministry of Foreign Affairs and Trade until 2012. He has recently become the UK’s chief trade negotiation advisor at Fox’s Department of International Trade. He had previously had a spell as the Legatum Institute’s “special trade adviser” and has also been a judge in numerous WTO disputes.  Bloomberg reported that his appointment was an indication that Theresa May would continue the hard Brexit path (and Legatum’s advised direction) as remaining in the customs union would not allow Britain to pursue its own trade deals.

A new joiner at Legatum is Sir Lockwood Smith and in 2012/13 he, as NZ High Commissioner, presented to a Legatum event on national prosperity together with Finance Minister Bill English and Treasury Secretary Gabriel Makhlouf

Falconer and Smith are enthusiastic champions of New Zealand’s gung-ho approach to free trade. Their expertise and New Zealand’s “free and open” economy and experience of working on deals here will help to put the bones of credibility on a hard Brexit. Fox also mentioned in his NZ speech the sterling help that New Zealand’s MFAT has also been in advising the newly appointed trade experts in the UK government.

How fascinating it would have been to have been present at the NZ negotiations and to know how the invitation to become a free-trade partner of the UK once again will play out 40 years after New Zealand was side-lined by Britain’s entry into the EU. I may have missed a more substantial news story but it’s disappointing that New Zealanders are at the centre of these momentous events and yet the analysis of their actions and motivations are, by and large, absent from New Zealand news coverage. What we have instead is a kind of 1970’s redux – a rehearsal of whether our red meat exports – important though they are – are guaranteed (they are not) and a brief itinerary for the UK Minister with the obligatory Auckland business breakfast . Given the other huge impacts of Brexit’s likely reverberations these are hardly the whole story.