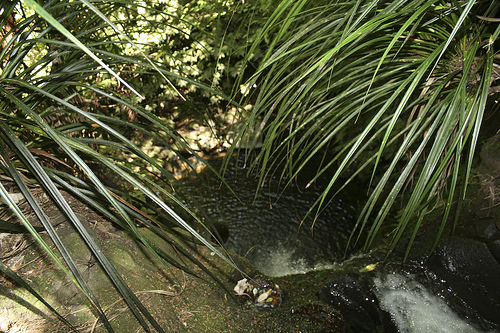 with thanks to Simon Oosterman/Flickr

Duncan Garner recently wrote a story about an aggrieved property developer. The anonymous man, is apparently “scared” of council retribution if his details were published. Garner criticises the council the developer was dealing with but is mysteriously silent on details that would allow us to understand why the developer was building on a plot covered in native bush with native fauna or why he failed to understand he might need to ameliorate the building impact in such a setting. It’s a beat-up and a piece of dishonest journalism. Garner doesn’t mention this, but his piece plays straight into the hands of the National-led government, who have wanted to see the Resource Management Act (RMA) weakened and council’s rules deleted in favour of developers.

As well as hoping to change the RMA, the government is carrying out an astonishing process to collect ‘complaints’ about local government. Signalled prior to the election, the Rules Reduction Review encourages anyone but in particular developers, builders and business owners to report on council rules they don’t agree with. There is no opportunity for people in their roles as citizens – homeowners, people with an interest in protecting the environment or consumers to comment on rules or approaches that ensure protections for home buyers or are protective for the environment nor for councils to advocate the reasoning behind the regulations. One essential of a fair and representative consultation is that it should demonstrate balance – collecting views representative of all sides of an issue. The Rules Reduction Review “consultation” fails this basic test. The consultation, open for four months, is in stark contrast to the way our National-led government has consulted in recent years on other important issues. With initiatives from the TPPA to spy legislation to MP’s pay change happens with hurried consultations or none at all and sometimes without our knowledge.

How do councils consult?

Councils are legislatively mandated to consult on their planning and policy work. (See the extensive consultation Auckland Council is involved with). There are also opportunities for consultation as part of special plans like transport plans and community panelsthat allow for consultation on issues as they arise. Council staff summarise community views and report on the results and the consolidated views are implemented into council plans. It is how a consultation process is supposed to work! We can expect that sometimes the process is unfair or skewed and sometimes the rules and guidelines have unintended consequences but by and large the consultations serve to encode community preferences in plans.

Why is the government’s approach problematic?

The Rules Reduction Review has ignored councils existing and highly consultative approach on the creation of new rules. The advice in the submission made by Local Government New Zealand about better regulation in housing has been ignored as has research by Otago University’s researchers on the provision of affordable housing. Neither organisation identifies “too much regulation” as a cause of expensive housing. In fact the LGNZ report identifies that “almost all regulations made or administered by local authorities are undertaken on the direction of central government” and identifies the “rapid drafting of legislation and piecemeal approaches” as a significant part of the inefficiency problem”. Further LGNZ says that “regulations should be developed and designed collaboratively with local government” to prevent this. The Otago research shows that new rules, not the relaxation of the RMA, are needed to ensure that developers build affordable housing. Research work by both organisations shows that the provision of affordable housing requires a number of inter-related initiatives and policies.

The government apparently does not regard housing or planning and regulatory policy as a joint project between local and central government actors. Nor is it willing to start from the research base preferring an unpleasant, populist approach. Furthermore the “research” which had been commissioned to help Nick Smith make the case that Resource Management Act reform was needed to reduce the cost of housing was totally unfit for purpose. It focussed only on the developer costs of regulation but not community benefits of regulations(dry, safe homes for example).

Importantly the Rules Reduction Review has its origins in work carried out by the highly ideological Productivity Commission. The Commission was put in place by the Act Party’s confidence and supply agreement with the National Party and as a consequence it is one of the parts of government that is most neo-liberal. The proposed “solutions” to productivity “problems” seem always to identify less regulation and more market freedoms irrespective of the costs to ordinary people or the research evidence base. The Productivity Commission’s recent work on Social Services is a case in point. It has cast NZ’s entire health, education and welfare system not as public services but as a special kind of market.

In response to the Productivity Commission’s work a lengthy report was produced by government which purports to suggest that better policy development is needed between local and central government. Reading between the lines though, the report may in fact be a ‘Trojan horse’ to take local government’s building and regulatory roles away altogether, replacing council building and planning inspectors with a “one size fits all” national model. Minister Bennett’s press release introducing the Rules Reduction taskforce said “People can now head to www.govt.nz/rulesreduction, to start telling us what bugs them when it comes to loopy rules and regulations”. Another concern is that the consultation information for the Rules Review provides no information about the process that will be followed when the consultation period has closed. We have no idea, from the process outlined, what the next step is in addressing so called “loopy rules and regulations”. The lack of a clear process and the apparent lack of understanding of the actual drivers of house price affordability in favour of pointing the finger at councils makes it likely any ‘solution’ will serve only to compound and confuse the problem.

The changes to the RMA are now down to negotiations between the National Party, NZ First and United Future.  The proposed changes were presented by Nick Smith in his 2015 speech to the Nelson Rotary Club. His proposals went further than had been announced in the National Party Manifesto for the recent election. Smith’s hard-line views will now not be implemented in their entirety. As described above there is no clarity about what the government intends and whether work on rules reduction will continue even as some of the changes to the RMA are put on ice. But even if there are no subsequent action it won’t undo the damage of the attack on local government, the lop-sided consultation process or the increasing belief that the government would rather pursue an ideological, market led, minimal regulation approach than have input from all the experts at the table about regulatory management and housing affordability approaches that would actually work.