You are here: Home / Democracy / Are you happy with a ‘market for social services’ in New Zealand? 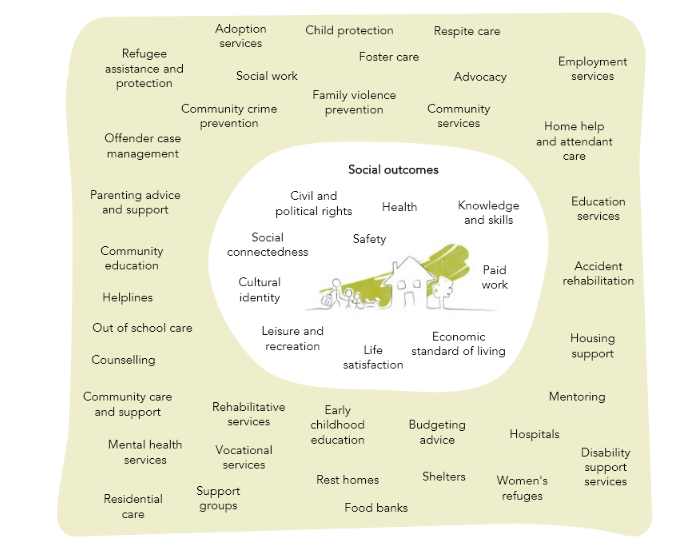 The Productivity Commission has been instructed by the government to work on delivering advice on legal and policy changes to support “More Effective Social Services”. The issues paper is open for submissions with a closing date of 2 December. The paper focuses on social services as if health, education and social security were a market and the language of the paper is about businesses, philanthropists, volunteers, profit, loss, client satisfaction and choice. One boxed quotation even says, astonishingly that New Zealand has had to depend on government as philanthropist because there was an insufficient number of really rich people. Just think about that for a moment.

There are, of course, some legitimate issues with competitive contracting to deliver public services that the investigation could usefully address. However framing our entire social welfare, health and education systems – and the $34bn of spending in these areas – in the language of the market runs contrary to the last 200 years of increasing ownership by government of the issues of social well-being. It also runs counter to recent research in the UK and elsewhere that by and large the public strongly supports that public services delivered by government are preferable to privatised services.

Proposals like Social Impact Bonds are under consideration in the paper. These bonds are effectively the marketisation of misery – basically a company invests in solving a social problem and shares in the savings that the government has made by outsourcing the problem. If the company fails, the problem remains and although the company does not benefit the government still has the problem it sought to solve and in the meantime much misery has ensued for the people for whom the ‘service’ was intended. Social Impact Bonds would effectively introduce speculation into the delivery of public services.

If the kinds of market models proposed in the paper are adopted by government as policy it is potentially an alarming overreach by the government of its election mandate. Although the government has indicated a desire to cut the level of public spending the National Party’s election manifesto said nothing about social impact bonds or more outsourcing of services in health, social security or education in the ways proposed by the Productivity Commission.