You are here: Home / About Public Good / 2014 Conference / Speakers announced – Democracy, ethics and the public good

Rev. Dr Jim Cunningham is the interim Minister at St Andrews and the chair of the St Andrews Trust for the Study of Religion and Society. He is also a counsellor, a communicator and a story-teller including of radical and progressive theological ideas through his preaching.
Family and travel are important aspects of his life.

Jim will introduce the conference, set the scene and be our MC on Friday evening. 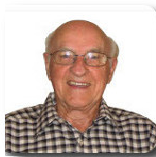 Professor Sir Lloyd Geering is a ground breaking and controversial commentator on theological issues. He has been an ordained Presbyterian minister for more than 70 years and has held a number of significant academic positions in New Zealand. He is a Companion of the British Empire and in 2001 was named a Principal Companion of the New Zealand Order of Merit.

Lloyd’s writings have often addressed key questions concerning contemporary religion and society. Although he has retired as Principal Lecturer for the St Andrew’s Trust for the Study of Religion and Society, he is still an Honorary Associate Minister and Theologian in Residence for St Andrew’s Parish.
Lloyd will open the conference with some remarks about democracy and ethics.

Dr Bronwyn Hayward is a Senior Lecturer in Political Science at the University of Canterbury, and co researcher at the University of Oslo on the Voices of the Future project. Bronwyn Hayward’s academic background is in political science and geography and she recently served as lead author for two reports for the United Nations Environment Programme’s  global survey of the attitudes of 18 – 35 year olds to their lifestyles and sustainability (for the UK and NZ).

Bronwyn is the author of Children and the Environment: Nurturing a democratic imagination and her next book will examine children and ecological citizenship.

Bronwyn’s topic is Our Social Handprint: Understanding the kind of
democracy we are creating.

Bronwyn developed the SEEDS, FEARS and SMART models as ways to think about how we are currently responding to crises and change. She has identified three dominant responses. One is the authoritarianism of the FEARS model, where we frustrate citizen agency (the ability to imagine and effect change and command and control authoritarian  responses are used). Secondly is thin democracy of SMART citizenship with its emphasis on self-help, markets, individual entrepreneurialism, technocratic imagination, and leadership by representative government. There is nothing wrong with the SMART model – of course we need new technology, but it leaves unchallenged and unquestioned the fundamental drivers of inequality, social justice and dangerous environmental change. This is why Bronwyn advocates the SEEDS model of citizenship. A diagram of the Seeds model is attached to the final page of these notes. 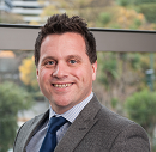 He has previously been Visiting Professor at the University of Johannesburg, South Africa. He has had a diverse career and had been assisted the Turkish government on its procurement and transparency strategies and he is currently one of two Executive Editors of

International Journal of Public Administration  He has worked with organisations such as Transparency International, numerous local authorities, and recently with the Council of Europe creating integrity audit tools for the Turkish public sector.

Michael will talk about the Open Government Partnership from the perspective his UK and NZ experience with transparency and integrity systems.

More about Michael
At Victoria University

Professor Jane Kelsey is one of New Zealand’s most acute social commentators. 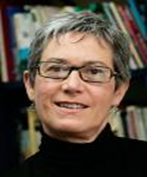 Professor of Law at the University of Auckland, she is actively committed to social justice in her teaching, her work on Maori sovereignty, and her international research and advocacy on the crisis in globalisation. For several decades her work has centred on the interface between globalisation and domestic neoliberalism, with particular reference to free trade and investment agreements. Since 2008 Jane has played a central role in the international and national campaign to raise awareness of, and opposition to, the Trans-Pacific Partnership Agreement.
Jane will be addressing the risks to democracy of international ‘free trade’ treaties like the TPPA, TPIP and TISA whose approach to treaty making is not a given and has risks to democracy and sovereignty that are being largely overlooked by the proponents.
More about Jane
At Auckland University
It’s Our Future